The Infiltration of Spacebook

Are You Cool Too? I’m on Spacebook. Or is it MyFace?  I forget.  Anyway, the important thing is that as of last month I’m officially part of a huge Internet phenomenon that is sweeping the nation at a pandemic rate.  It’s known as social networking, and if you haven’t signed on, then obviously you’re not as cool as I thought you were.

Not to worry.  I’m going to bring you up to speed, and by the time we’re done you’ll be Spacebooking and MyFacing and Twiddling (or is it Frittering?) like a pro.  Here goes.

First, I’m going to assume that you’ve at least heard of some of these networks.  After all, a few of them have been around for years.  But while they once were frequented almost exclusively by high school and college students, you may be surprised to learn that these days everybody is joining them.  And I do mean everybody.  Sites where kids used to have total privacy to be all, you know, like totally whatever, are now being completely infiltrated by grownups! It’s true. In fact, I read somewhere that the fastest growing demographic on social network sites is women over the age of fifty-five – a statistic sure to elicit a collective "Eewwww” from teens all over the World Wide Web.  Don’t you just love it?

The question is, why the sudden influx from this particular segment of the population? I mean, what is it about these online social communities that are attracting millions of women like flabby, menopausal middle-aged moths to a flame?  Well, speaking as one of those flabby little moths, I submit that it has a lot to do with connection, or more specifically reconnection.

You see, when you join a site, you create a profile that includes things like your city, the school you went to, and if you’re feeling exceptionally fool-hearty, your age.  It doesn’t take long for somebody you know to "find you” and send you a message saying they want to be your friend.  Feeling all warm and wanted inside, you click the "confirm” button.  Then you see mutual friends you both share, so you invite them, and that leads to suggestions from your network of people you might know, and quick as a hot flash you’ve got your own little network going.

In my case within a few days I had connected with girls I hadn’t seen since high school almost forty years ago.  It’s really fun to look at the profiles of all these gals.  Some have changed so much I wouldn’t have recognized them if they hadn’t included a maiden name.  A couple of them have gained a few hundred pounds (and good for them for posting photos anyway.) One or two have the gall to look absolutely fabulous (and shame on them for posting photos anyway.)  Oddly enough, it turns out I know a lot of people who look like this → 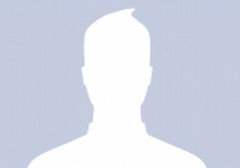 So basically that’s how you get connected.  Of course, there are a few downsides to networking, and you might as well find out about them upfront.  For one thing, you’re going to end up with at least one friend (we all do) who feels compelled to post a notice every time she goes to the bathroom – and given the frequency of those updates, that girl really needs to see a specialist.

What’s worse, in addition to random idiotic things like "Jell-o balloon fights” and "dinosaur swaps ”, there are all these absurd quizzes and polls, like "Which pizza topping are you?” and "Would you rather grow uglier or stupider as you age?” Hint: If you take this poll, I already know your answer.

One final note – if all of the stuff I just mentioned as a downside actually sounds like a lot of fun to you, then either I haven’t done a good job of describing it or you’re just the kind of flabby, menopausal middle-aged person I DON’T want to confirm as my friend. In that case, I suggest you go Twiddle with somebody else.